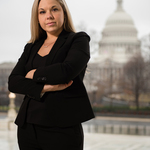 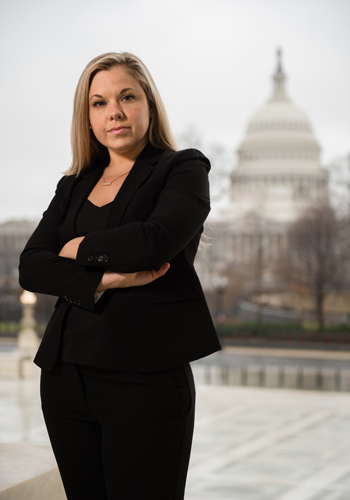 Anna Chludzinski has spent the entirety of her legal career as a trial attorney and continues this work as the founder of Chludzinski Law, PLLC. Anna has extensive experience in all areas of criminal litigation and family law and is passionate about using that experience to defend her clients every time she walks into the court room.

Her motions practice has resulted in the dismissal of numerous cases before trial, and she excels in crafting unique legal arguments to fit her clients' needs.

Anna has a passion for family law, having a blended family herself. Anna is both a stepmother and biological mother. Through her own experiences, personally and professionally, Anna has developed a unique perspective and ability to relate to her clients.

While many lawyers and judges see these kinds of cases every day, Anna truly understands that is not the same as living them. Her personal and professional exposure to family law allows her to view her clients' cases through a unique lens. Anna brings these experiences into her family law practice, where she likes to focus on high conflict custody modifications, child support modifications, and relocation cases. She begins by helping her clients set a goal and then formulate a plan to obtain that goal, getting the changes they need for themselves and their families.

Anna has appeared on numerous Order of Protection (PO) hearings, appearing for both the person seeking the Order as well as the person defending the matter. During these hearings she has also negotiated and litigated custody, visitation, child and spousal support issues.

Anna has handled numerous matters in the Juvenile and District Relations Courts across the state involving both criminal and family law issues. She is skilled both in negotiating advantageous agreements as well as contested litigation of family law issues such as custody, child support, visitation, alimony and divorce.

After passing the bar Anna worked at a private firm as a research and writing attorney in Norfolk, VA. In the early summer of 2011 Anna left to join the Public Defender's Office for the City of Newport News, where she spent two and a half years protecting the rights of indigent individuals. During this time she handled over 1,000 criminal cases, including traffic charges, DUIs, drug charges, larceny charges, fraud charges, malicious wounding charges, as well as a number of murder cases.

In early 2014, Anna moved to Northern Virginia and joined a prestigious criminal defense firm in Alexandria, Virginia. She spent three years there handling all forms of traffic infractions, criminal misdemeanors, and felonies. As the office's most experienced associate, she handled her firm's most serious cases, including charges of cross-country drug distribution, multi-million dollar embezzlement matters, malicious wounding, murder, rape, carnal knowledge, indecent liberties with a minor, and possession of child pornography.

Anna wrote an article titled The Number One Mistake Criminal Attorneys Make With Immigration Clients, that was featured in the VACDL's Winter 2019 legal publication. Her experience practicing immigration law has given her an invaluable understanding of the ways immigration and criminal law intersect. This enables her to help clients with immigration concerns avoid negative consequences that other criminal attorneys would not be aware of.

In 2013 Anna argued and won the complete suppression of her client's statements in a first degree murder case after officers had violated his Miranda rights. The Judge's decision to grant the motion garnered media attention. Anna truly believes in the protection of constitutional rights, and uses this passion in her representation of clients.

In the fall of 2008, Anna moved back to Virginia in pursuit of a law degree at Regent University School of Law. While attending law school, Anna interned full time at the Federal Public Defender's office in Norfolk, Virginia. While there she worked on a wide variety of cases ranging from drug distribution and property crimes, to international cases involving Somali nationals charged with piracy on the high seas, as well as the representation of a former Blackwater employee charged with multiple counts of murder from events that occurred in Afghanistan. In spite of the demands of being a full time law student and a full time legal intern, Anna graduated law school a semester early, obtaining her Juris Doctorate in 2010.