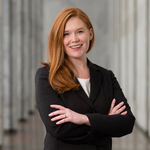 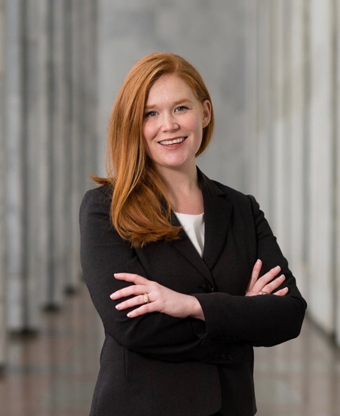 Evelyn Mitchell is an experienced trial attorney who has taken on difficult criminal and family law matters in Virginia and the District of Columbia.  She has received several awards, including the following:

Ms. Mitchell has completed jury trials for serious crimes in several jurisdictions, with charges including Breach of Trust (insurance fraud), Attempted Criminal Sexual Conduct, Kidnapping, Homicide by Child Abuse, Attempted Malicious Wounding, and Assault and Battery, among others.  She has also completed bench trials for numerous charges, including Trespassing, Domestic Assault and Battery, and traffic matters.  She has appeared in every county in Northern Virginia.

Ms. Mitchell has completed dozens of Order of Protection (PO) hearings in Virginia and the District of Columbia, appearing for both the person seeking the Order and the person defending the matter.  She has won difficult PO hearings and has defended her trial win in Superior Court to the District of Columbia Court of Appeals.  Having appeared on both sides in Order of Protection matters, Ms. Mitchell understands how to win at trial and overcome the odds.

Ms. Mitchell has handled numerous matters in the Juvenile and District Relations Court for custody, visitation, child support, and spousal support.  She has litigated divorce matters in Circuit Court, and has mediated cases to avoid expensive trials.

Ms. Mitchell is an active member of the community, and was admitted into The Rule 6.1 Society for her pro bono efforts in 2018. Attorneys are admitted into this Society if they have rendered at least 2% of their billable hours to pro bono work.  She has donated her efforts in criminal, family, and divorce matters.  Additionally, she has served as a Columbia University Summer Mentor and has served as an alumni interviewer for the university.

Ms. Mitchell is originally from South Carolina.  She attended Columbia University for her undergraduate studies, and the University of South Carolina for her Juris Doctorate.  She lives in the District of Columbia with her husband and son.

Ms. Mitchell is a member in good standing of the bars of Virginia, the District of Columbia, Maryland, and South Carolina.  She has been sworn into the Supreme Court of the United States and the Bankruptcy Court for the Eastern District of Virginia.